Tom Cable gave gave the 2010 Oakland Raiders an overall grade of B-minus. Had it not been for the rookie class that grade could be been a lot lower.

“I’d give it an A-plus, just flat-out an A-plus,” Cable said about the Raiders rookies. 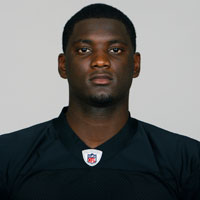 First-round draft pick Rolando McClain is worthy of that grade along.

The linebacker out of Alabama finished third on the team in tackles with 85 despite missing a game and battling foot issues the down the stretch.

Second-round pick Lamarr Houston started in 15 games on the defensive line while racking up 39 tackles, five sacks and forced fumble along the way.

Jared Veldheer saw action in all 16 games while earning 11 starts and solidifying himself as an asset on the Raiders offensive line moving forward.

Jacoby Ford could very well turn out to be the special teams rookie of the year in the AFC for his efforts in the return game. He added 25 catches for 470 yards and two touchdowns at wide receiver.

Did They Do Enough? Banks And Other Redskins Bubble Players Speak

You may have missed

World Cup qualifying series: The Netherlands at home against Latvia